What sort of things do I have to be careful of ??

Order of the cfproperty tags counts right – and Case sensitivity of the names obviously ??

The strange thing happened was this:

So I run it through my process where I’m introspecting the cfc and create this ‘properties’ key and append the array to this key.

This works well and now a side by side before and after shows the left object with NO properties and the right with Properties – great.

This is strange – b/c cfproperty tags don’t actually exist in the cfc – but yet I’m able to fake cf (caching likely) into thinking / assigning these properties to the object.

Here my Job Object has NO cfproperty tags:

I’m going to make ColdFusion ‘think’ it has these properties defined on it by manipulating the metadata about the object. 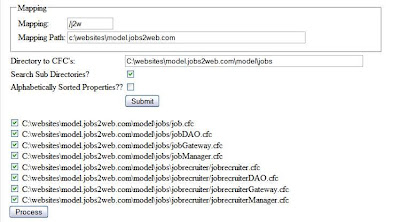 There are No properties on the left – On the right below, shows the ‘manipulated’ meta data based on the getter methods in the object. 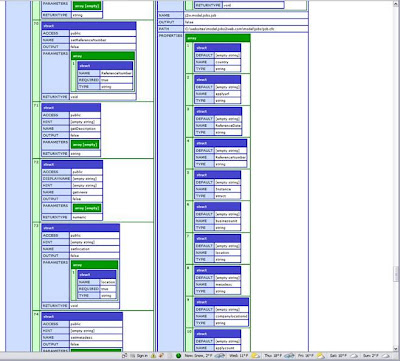 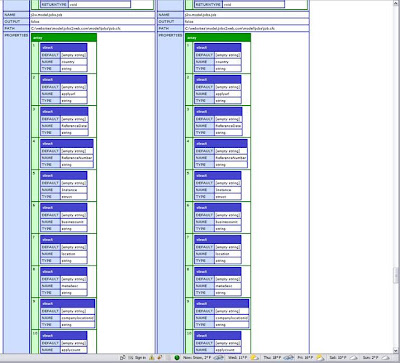 The left side ‘thinks’ that the object now has these properties available to it- which if called or introspected by Flex, they should be available.

This feels a bit like cheating, but if it doesn’t work – we can always complete this thought by having the process ‘write’ the cfproperty tags back to the object.